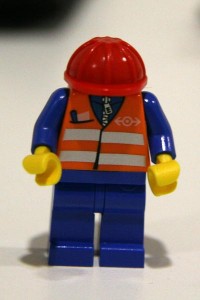 Having attended so many BarCamps over the past couple of years, I thought it was about time I helped to organise one. And so I found myself on the team which put together BarCampLondon6, held at The Guardian’s swanky new London offices in Kings Cross.

It was lots of  hard work, but really rewarding to see everything come together over the weekend. At times, we might have felt a little headless (it happens to the best of us!). I never thought I would spent 2 hours putting together Lego figures for the schwag bag on the Friday evening, but it was fun.

We had some great sessions and loads of people seemed to enjoy themselves. Thanks for all the feedback folks!

Here are some more images I took during the weekend: 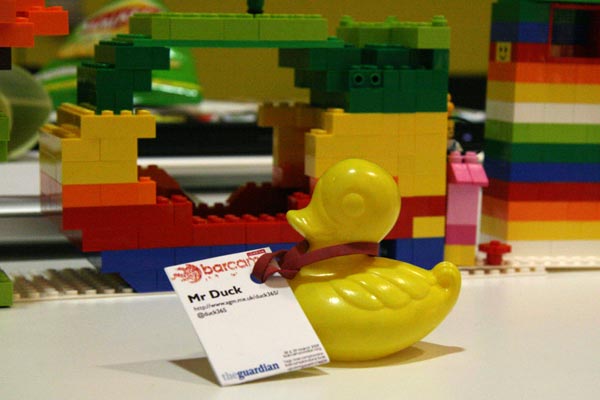 [The awesome BarCamp logo made from Lego during the introductory sessions]

So would I do it again? Probably. Just not for a while 😉