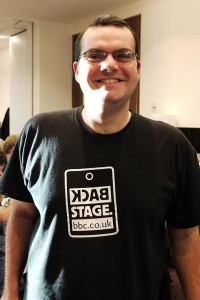 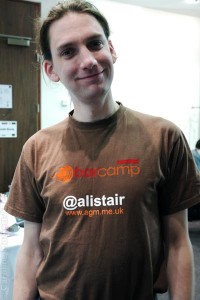 I’ve just returned from a fun but very tiring weekend in Leeds, for LeedsHack run by the Hodge.

Another 24-hour coding marathon, another silly app built – this time, Alistair, Martin and I made something every self-respecting geek cannot do without: WhichTee? 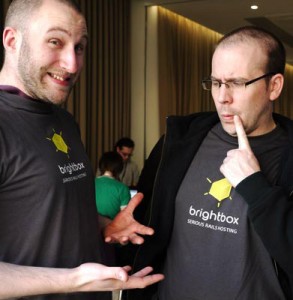 It’s an app to help you choose which geeky t-shirt to wear in the morning – and more importantly, make sure none of your geek friends will be wearing the same one! You can see the dilemma posed by the two Brightbox chaps on the right. No geek should have to undergo the humiliation of matching tees ever again!

With A Very Geeky Solution

When a user logs in via Twitter authentication, they can see which t-shirts their followers have last chosen to put on (hopefully the same day! Eeewww). It’s not even in alpha yet, so I wouldn’t rely on it for your dress choice just yet 😉

Yay! We Won Something! 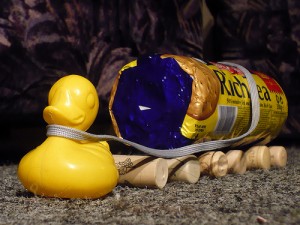 It won the Best Abuse of a Duck Logo award – a packet of Rich Tea Bikkies each! Ha  ha, well done Hodge. Of course, it wasn’t long before Mr Duck stole Alistair’s packet…

There were some great “proper” hacks built – the best of which deservedly won something decent. Well done to all!

In between buiding silly things, we also managed a quick photowalk, here are the best pics from the weekend: