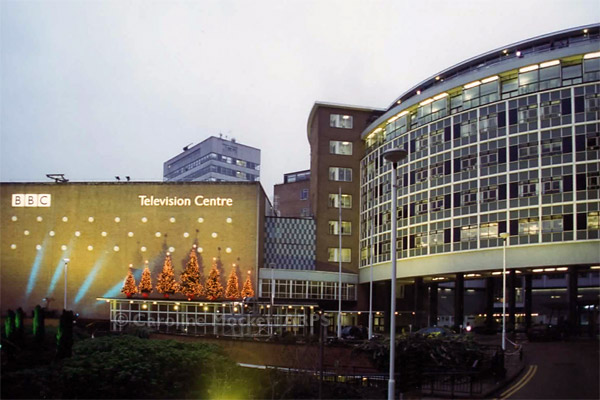 Following on from Part 1… As the New Millennium turned, I was still working as an Engineer for BBC News. My last big Special programme rig was for their 2000 Today Millennium live broadcast – a 28-hour show co-ordinated from Telly Centre but incorporating OB’s from around the globe. Here’s the motley crew which helped to rig it all up: 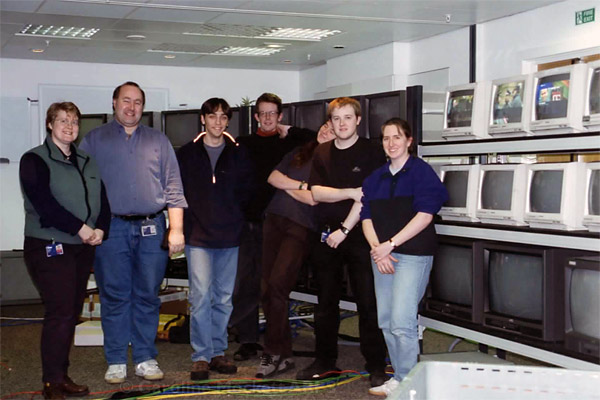 LtoR: Me (looking young, ha ha), Malcolm Sanders, Adam Baxter, Giles, Carol, Dave and Helena. I feel bad that I’ve forgotten some of their surnames, but Malcolm and Adam are the only two I’ve since kept in touch with.

We had to provide monitoring and switching facilities for all foreign broadcasters who were using TVC as their base for the show (which was re-broadcast by many other countries) – often dubbing commentary in their own languages over our pictures. Some of our spaghetti looked like this: 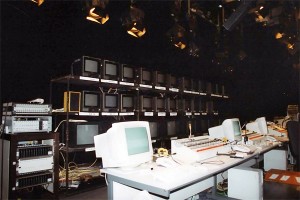 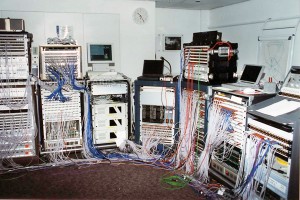 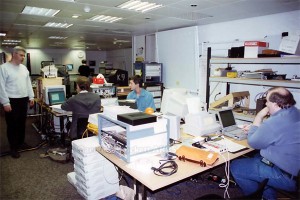 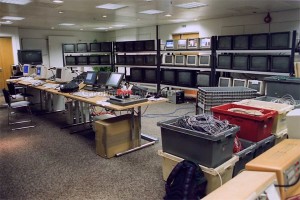 The show was the one and only time I’ve ever worked on my Birthday – which was 1st Jan 2000. Ever-prepared, I had a cake in the shape of the Millennium Dome and some fizz on hand for a little celebration just after Midnight GMT! 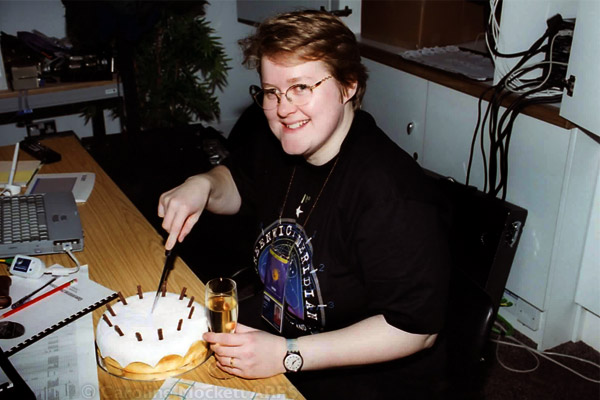 Auntie Beeb Throws Me A Party!

Here are the rest of my archive images from the event:

After we had packed it all up again a few days later, I started my new job looking after the News Engineering intranet site full time – something which I had already been doing in conjunction with my Supervisor’s role for a few months.

Eventually in late 2001 I got a different job in Web Development with another BBC department and moved out of TVC altogether, to a soul-less office near Great Portland Street. I was sad to leave the old place, but went back a few times to see friends. But I pretty much thought my working life in Telly Centre was done and dusted at that point. Even more so, when I took Voluntary Redundancy in April 2007 and embarked on a full-time freelance web development career. Back At The Beeb – But Just For Lunch

In November 2009, (on Day #689 of my continuing Photo-A-Day project), I went back to TVC to meet up with Malcolm and some other friends I’d not seen in years. We had an enjoyable lunch, during which Malcolm asked if I’d be interested in doing some Freelance Engineering for the General Election show in May 2010! They were really short-staffed and could do with another pair of hands who knew what was involved with such a big programme. I was rather taken aback, but thought about it for about 5 seconds before saying “yes”. However, that’s another tale for Part 3.