As explained in Part 2, my return to TVC as a freelance Engineer first occurred in April 2010 when I turned up as part of the team to rig the huge show in TC1 for the General Election programme in May. We started from this: 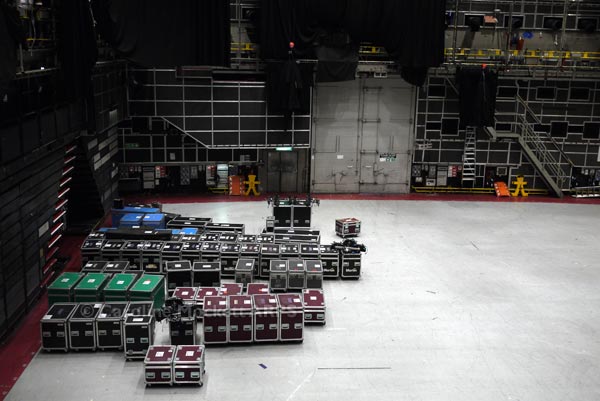 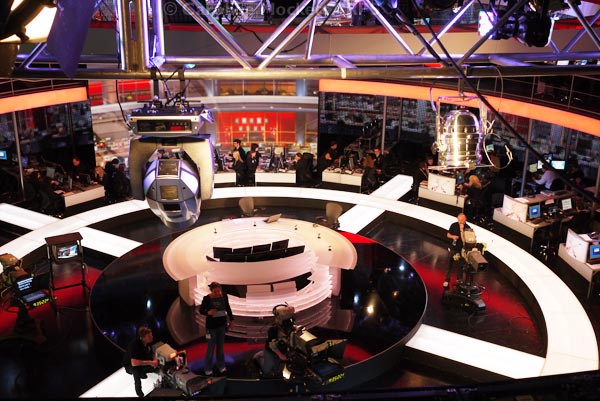 And went back to this – all in a few weeks: 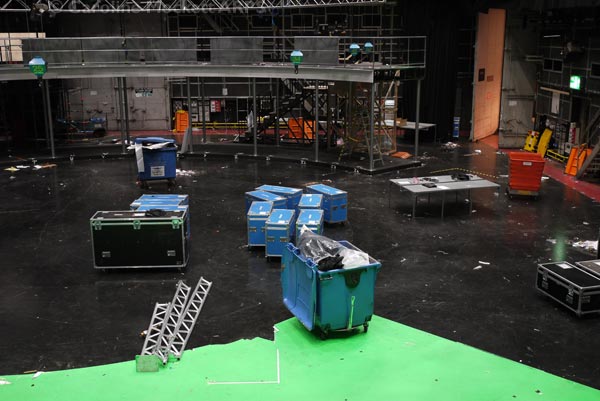 You can see the full set of pictures I made during the rig here:

Almost a year on, and I got another call – would I like to go back to help out with the much smaller Local Election show in May 2011? Well I’d had fun the year before, so why not? Here is a mugshot close to transmission of most of the tech rigging team involved (plus a couple of other faces you may recognise): 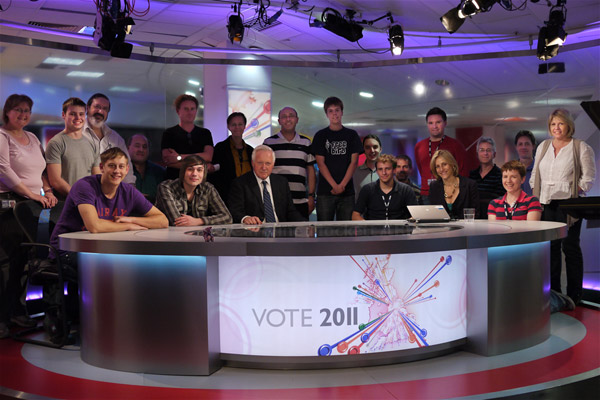 Sure enough, another 12 months flew by and before I knew it I was back a third time for the Vote 2012 show, again from News studio N9 rather than the cavernous TC1: 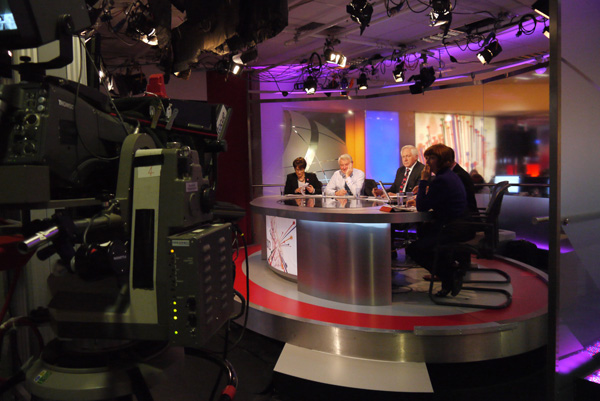 I got roped in to be official photographer for the whole production and technical team this time! 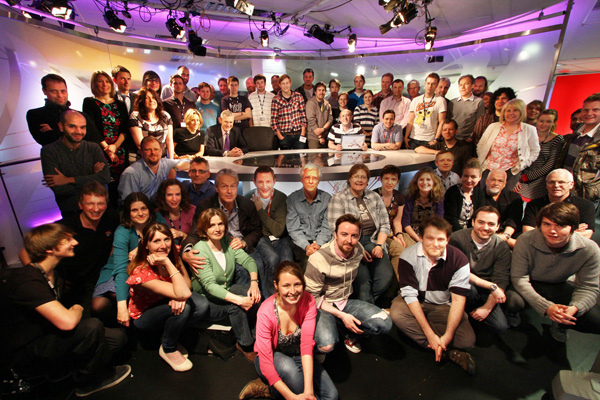 I also had time during transmission to take a walkabout and make some more behind-the-scenes shots:

I spent June, July and August of 2012 working at New Broadcasting House with some old friends – helping with the studio acceptance testing for BBC News’ move to their new home in W1. Then I went to Japan for nearly a month to recover! But by October 2012 I’d been asked back for what I thought was the final time at TVC to help out with the US Election Special in early November. There was no studio in London this time – it was in the US. But there were still plenty of technical backup areas which needed rigging. 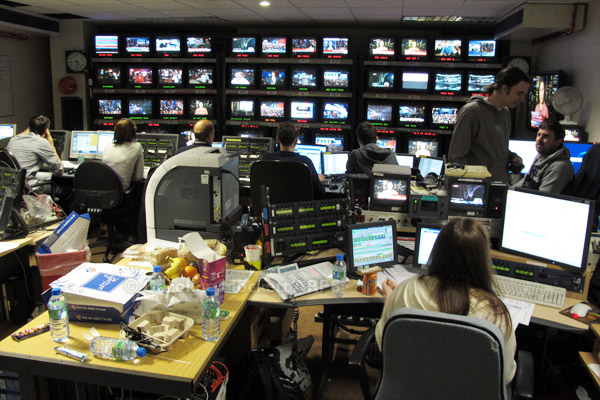 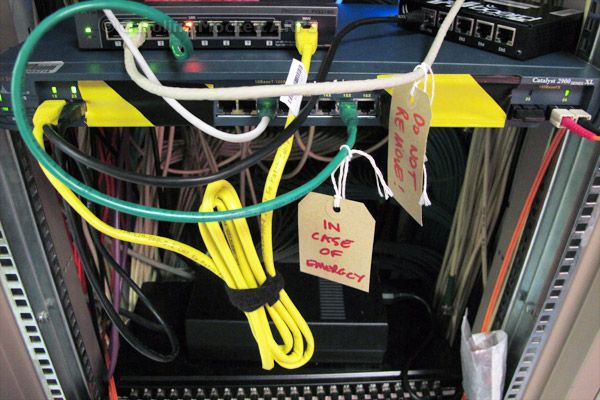 In Case Of Emergency

It was rather sad to see parts of TVC already being decommissioned – including some of the bits we were trying to use! Still, the programme got made and I took a wander during TX to record the event:

So, on 9th November 2012, I left TVC for what I thought would be the last time. Remember that old adage? – Never Say Never

But that story is for Part 4…