Last weekend saw the huge geek event Hacked.io at the IndigO2, organised by Geeks of London and O2’s The Lab. It was attended by almost 500 hackers keen to learn, build and share stuff with each other.

Before the event, I had been a little worried that it may be a bit too big for its own good. But apart from the “cosy” seating arrangements, the numbers were handled well. 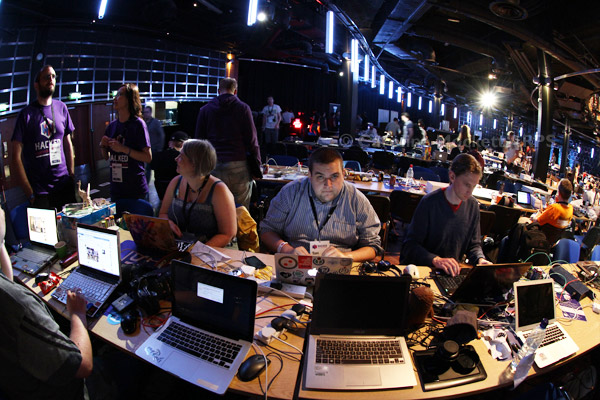 Sheila, Tom & Alistair at their desks

There was plenty of food and drink available at all times, and the idea of giving us vouchers for the O2 restaurants to have our free Saturday evening meal was a great one.

The big fly in the ointment for any hack event is working wifi. Unfortunately, for much of Saturday afternoon it just wasn’t working for many people, due to the sheer loading issues. They did their best and eventually most people got some wired access at their desks, which seemed to lighten the load on the wifi network pretty well. I had to rely on it though, as my new slimline laptop does not have a full sized ethernet adaptor and I had no converter to use the CAT5 cable. I also made use of my Mifi, once it was established that using them wasn’t upsetting the rest of the network.

Still, there were plenty of other things to occupy us while we were waiting for the internet to be available – notably Heather and I spent a couple of hours building a Meccano helicpoter which was provided for our table to tinker with if we wanted to.

After my recent moan that I rarely build anything at hack days, the night before Hacked I had an idea! I had been meaning to do something with my personal archive of images made while I was working at BBC Television Centre, so decided to put together a whole new section of my photographic website to showcase the pictures: 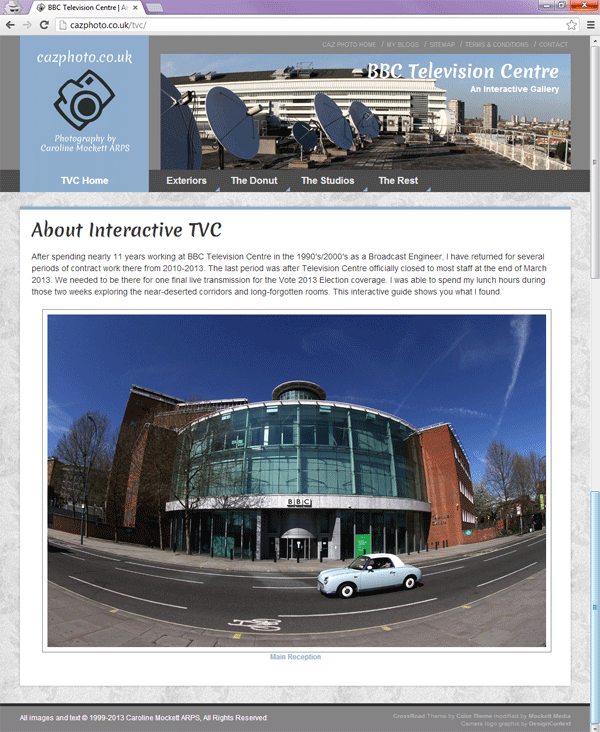 It wasn’t going to meet any of the challenges or win me any prizes. But thanks to Dom’s comments on that post, I was encouraged to build it anyway, and present what I had done at the closing show-and-tell. 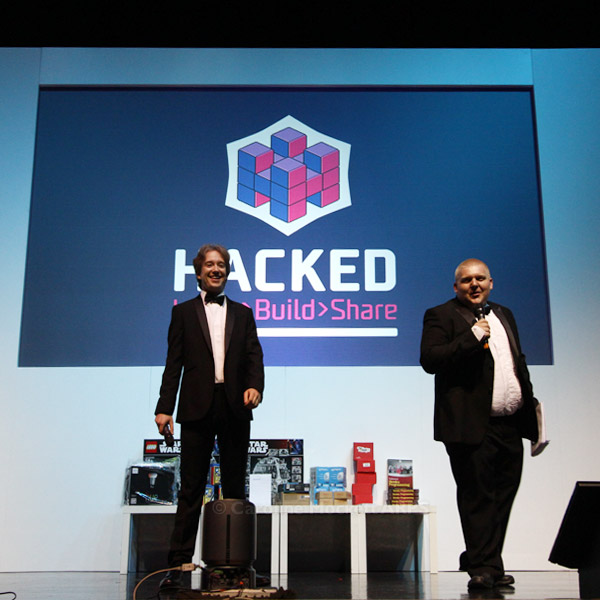 Presenting to large numbers of people doesn’t particularly worry me, since I’ve been thinking on my feet as a Photographic Judge for 13 years, and lecturing on various photographic topics to large audiences for a while too. But I think in the past, I would not have done the demo as I thought nobody would be interested if it wasn’t using the Sponsors’ tools or data. 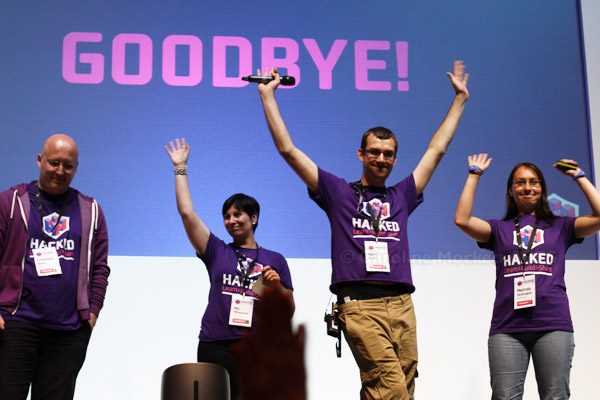 Huge thanks to the GoL organising committee (@cbetta, @nicwhatmore, @kevinprince, @mseckington and @leeky – apologies if I’ve missed anyone else!) and the small army of volunteers who made sure it all ran smoothly. Same time next year? 😉

See all my pictures from the weekend:

2 Responses to Hacking Around