I had a fantastic time at BarCampSheffield2, my first northern BarCamp.

It was great to return to Sheffield (where I did my electronic engineering degree) after an absence of more than 13 years. Far too long! 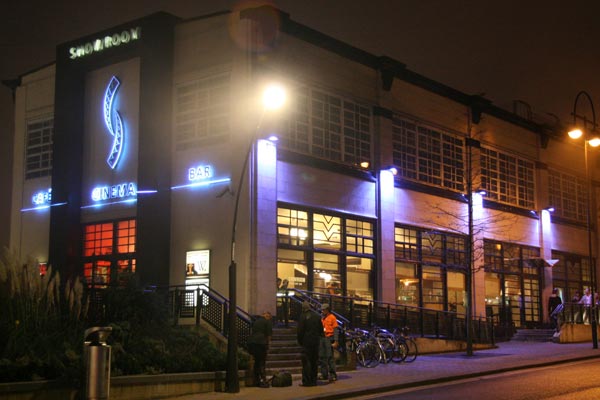 The venue was in a rather nice Art Deco cinema/cafe/conference centre called the Showroom, in the heart of the city. It worked well as a place to host the BarCamp, with most of the rooms we used very close to each other. And the food was excellent – right from Dinner on the Friday night through to lunch on Sunday.

The warmup party on Friday night was a lot of fun. We were encouraged to make thought bubbles with our tags/interests and contact details, as a bit of an ice breaker. I think we felt a little daft at first, but with the aid of a few beers, we generally got into the swing of things! 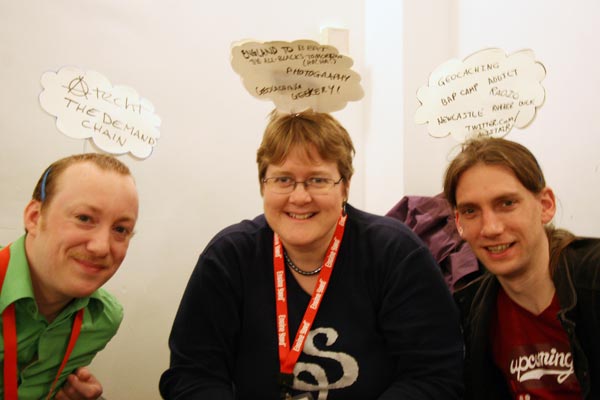 I really enjoyed some of the presentations and discussions which were run during the event. I got mine over with early on, A Newbies’ Guide to Geocaching, which you can download from Slideshare.

Next up was a discussion about Community, and what it meant to us, lead by Alistair MacDonald. Some interesting points were raised, and this also lead nicely into another discussion a couple of sessions later on Social Isolation, lead by Kian Ryan.

After lunch, I noticed the sun was out, so I skived out for half an hour to photograph some nearby sights with a bit of decent light. The sculpture Cutting Edge made it as picture of the day, but I also liked this [right] one of a little lad admiring the cascade fountain near the station:

Alistair & I also managed a geocaching session in the city centre, before it got too cold and dark! Then it was back to the venue to thaw out and watch a session on Self-Defence for Geeks run by Paul Stanton.

Before long it was time for dinner and moar beer and silliness. You can imagine what the evening ended up like. And you can imagine what state some folks were in the next morning. Thankfully, the reving properties of copious quantities of tea and bacon soon did the trick.

Some Sunday sessions which I enjoyed included Jay Cousins‘ talk on Language and how it can influence our perception of technology. He made up some pretty neat words too!

Emma Persky ran a discussion about the imbalance of women in positions of influence within the web, when there is more or less parity now with the ratio of male/females who use the web. Not sure that any concensus was reached, as we seemed to talk in circles for a bit!

Tom Scott ran an excellent quiz during the Sunday lunch slot – the team I was on won, so of course it was excellent! We also had an open discussion with the organisers about the way things had gone over the two days, chaired by Jag Gill. Certainly they did some things differently; some worked well, others not quite so well, but overall I think the team did an excellent job at organising their very first BarCamp! Bravo to Jag, Ibbo, Josie, Jay and all the others.

Jon Linklater-Johnson ran a session on 10 Top Tips To Stop You From Messing Up Your Website. There was also a session about Tea, which was quite appropriate since lots of geeks seem to be obsessed with the stuff. Later on, there was a special showing of Dr Horrible, something I’d heard much-Tweeted about. Quite funny in places, purely bonkers in others!

The after party saw a few hardy souls do more damage to their livers, play Semantopoly, do silly things with Alistair’s BathCamp duck, and then go out for a massive curry. Great way to wind up the event. 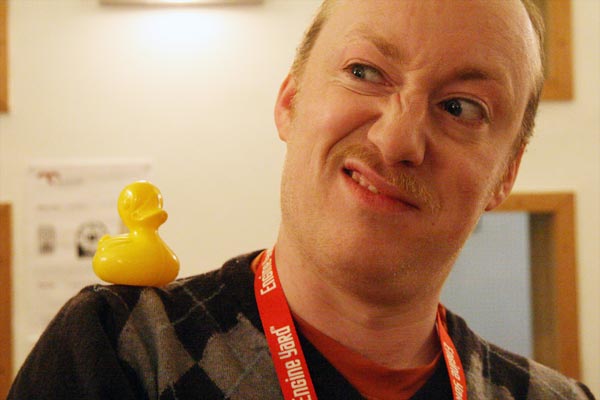 [Jay and his Pirate Duck]

But I really think the last word should go to Ruby & Perl, Gemma’s ferrets who made a guest appearance on Saturday. Now I’ve experienced a BarCamp with ferrets, things will never be the same again! 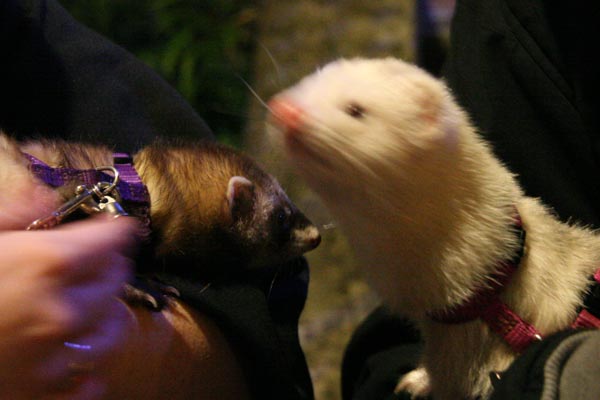 So that’s it really. A great weekend of geeking out. Thanks to all the folks who organised, contributed and turned up. It was a pleasure to meet you all. You can see the rest of my photos from the weekend on Flickr.