Yahoo!’s Open Hack London was held at the TUC Congress hall on 9th and 10th May. It was another great opportunity to learn about APIs, hacking stuff together and generally geeking out. 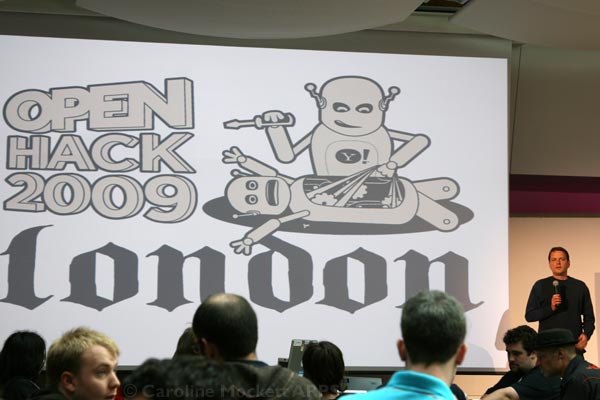 I had a play about with the BOSS search API, but wasn’t in an actual team as such. I also enjoyed an evening bike ride on the Flickr Bikes – which automatically took a photo every minute when the bikes were in motion. Riding round central London on a push bike was a bit of a hairy experience, but we returned unscathed to tell the tale! 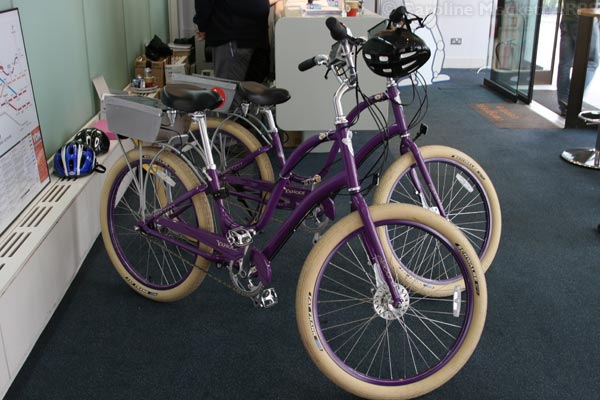 [The two Flickr Bikes were available for a ride] 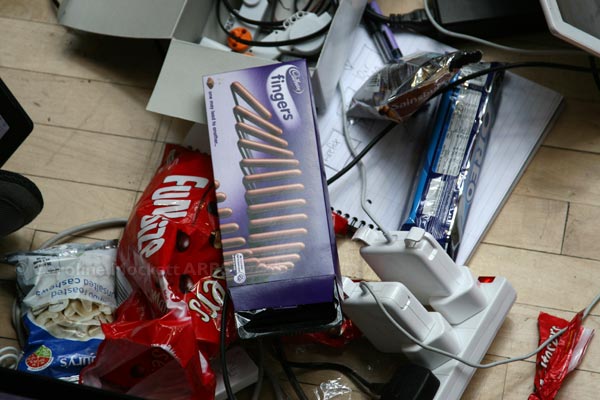 [Essential supplies for the hacking geek]

It was great to be in the company of such innovative minds (and a little intimidating too!). There were some great ideas put together during the session. Mr Duck was even on the winning team for Best Harware Hack! Clever duck…