Having heard good things about BarCampNorthEast1, I was determined to attend the second helping which was held on 16th-17th May in Newcastle.

As expected, the northern hospitality was greatly appreciated, and there were some really interesting sessions. I was a relatively small BarCamp, but I do like the smaller ones as they seem more friendly and it’s easier to get to talk to people than at some of the bigger ones.

I particularly enjoyed @ajkavanagh‘s session on Procrastination (we talked a lot but didn’t find any solutions!) and @sctv‘s Hardward Hacking for under a fiver: 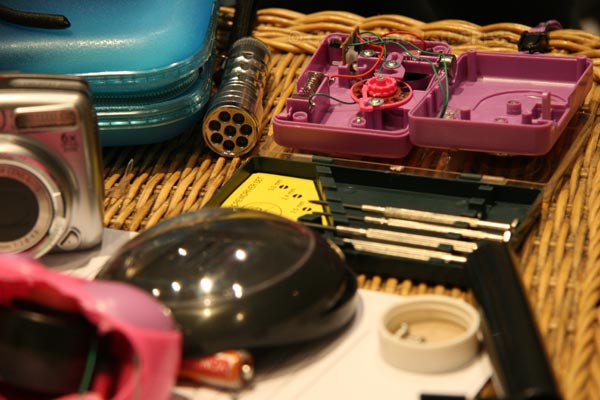 James Rutherford also did a fantastic tongue-in-cheek (or should that be geek?) look back at 20th Century websites and what we thought was good at the time. A sobering thought – what we do right now will often look equally naff in a few years’ time! 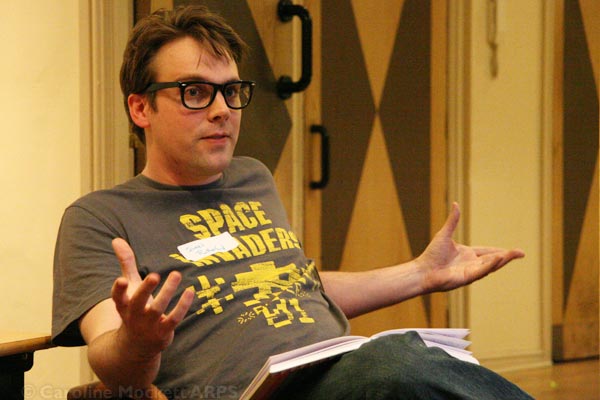 There was also the usual evening fun and games, including Werewolf and PowerPoint Karaoke organised by The Hodge: 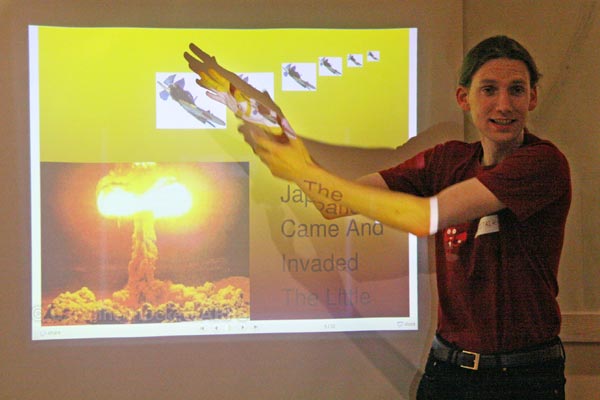 [Alistair waves his arms about during the PowerPoint Karoake, in true Magnus Pike style]

I decided not to run a technical session, but instead taught a few folks to play Carcassonne on Sunday morning: 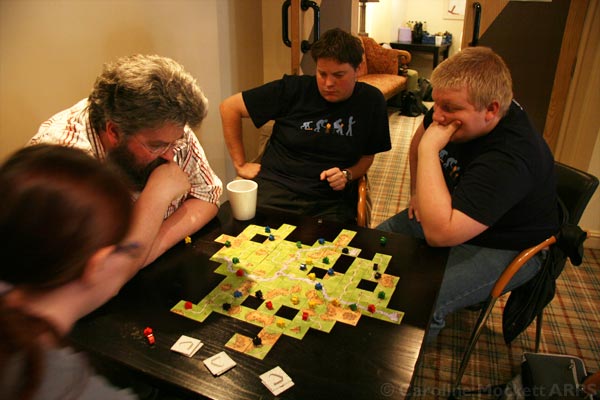 [Strategic thinking during a game of Carcassonne]